Escape from the everyday and take a whirl into the extraordinary. Experience our 24-hour Whatever / Whenever® service where we are happy to provide you whatever you want, whenever you want it. Anything you need, just ask.

Taste the best cuts of meat grilled with flair on an open parilla, also featuring the freshest seafood and organic produce, at SKIRT, an exuberant, modern grill restaurant. Indulge in international favorites at The Kitchen Table, where welcoming seats await. WOOBAR is the talk of the town and a trend-setting scene. Our 24-hour in-room dining service presents a menu featuring the best of our restaurants and customized in-room offerings.

Take a dip under the moonlight at the WET® pool while sipping on curated cocktails – our 24-hour outdoor swimming pool with underwater music. 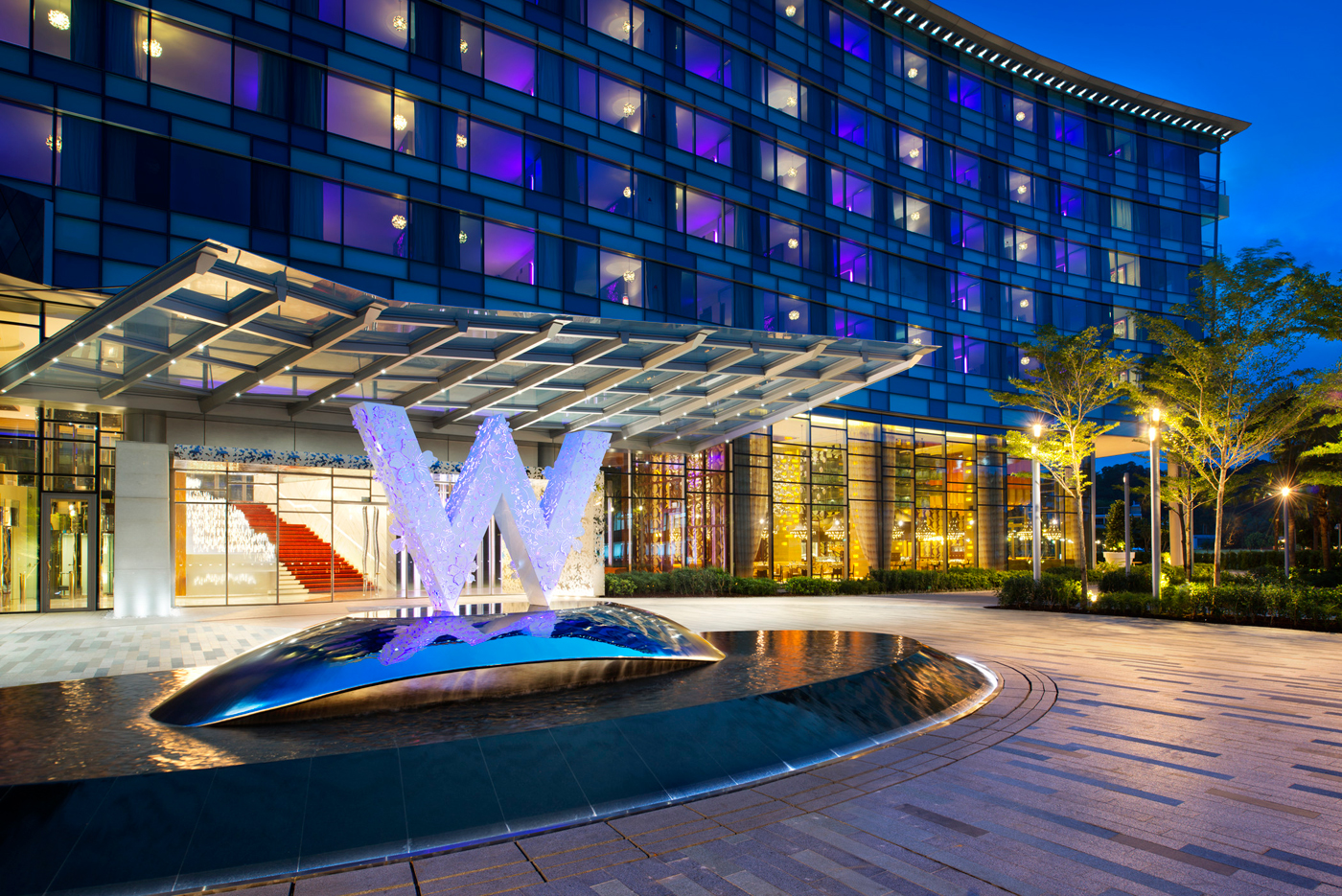 With its unique location and the diversity of the Sentosa Cove community which consists of residents, hotel guests, business executives, locals and tourists, Quayside Isle offers a gastronomic selection for all occasions, be it business lunches, romantic dinners, intimate family gatherings or after work cocktails. Be prepared for an enchanting experience and a mix of international cuisines, comprising Mediterranean, Italian, Spanish, Belgian, Australian, American and more.

With an enchanting location, panoramic views and a host of gastronomic delights, Quayside Isle is set to be the Capri of Southeast Asia. It allows you to experience a unique getaway without having to leave Singapore. It provides the perfect magical setting for lovers to romance, families to celebrate, and special occasions to be remembered.